It took about 48 hours for the flying season to end. Last week we benefitted from several days of glorious summery weather and calm winds. Then came the weekend and suddenly we’re in winter. It looks like it’s here to stay, so for most of us, except a stalwart few, this signals the end of flying for a while.

It’s also time to pause and recognize the major contributions of many Club members who have contributed long hours to maintain the field and plan activities.

Keeping the grass under control is a BIG job. We have two individuals scheduled each week to cut grass and two others to trim the weeds. That’s each and every week from May to November.

A huge vote of thanks to:

Ian Brown organized 3 special events over the summer: Maidenfest in May, EDF Day in July and Corn Roast in September. The weather gods cooperated and turnout at all events was amazing. Feedback was very positive. We even got photos from the Corn Roast in the centerfold of RC Canada magazine.

Special thanks to the following: John Ham, Dave Darling, Barry Parkinson, Bill Ayre, Pete Foto, Don Irvine, John Zellman and undoubtedly some others who should also be counted.

We all owe a round of applause to these people who have given so freely of their time. As I assembled the list it didn’t escape my notice that compared to overall membership, they are a small minority, with many folks doing multiple roles.

It goes without saying that without people stepping forward to volunteer, the club would not be sustainable. I am aware that many more people do give their time in less formal ways by helping others at the field. But I hope each of you will give some thought to how you might commit to helping out when the next flying season rolls around. 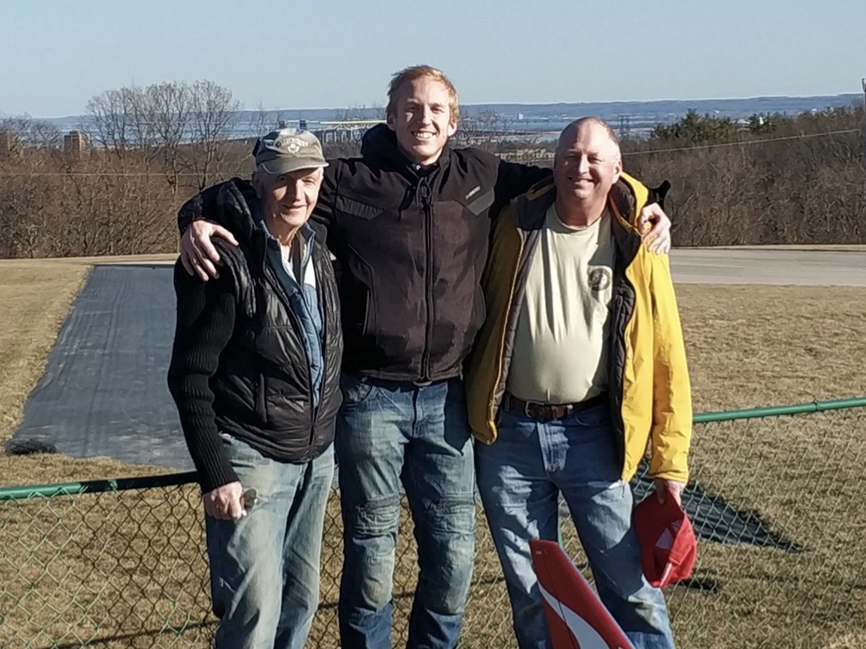 Since I live just a few minutes away from our Bayview Air Park, I drop by often during the day. One afternoon last month, I saw an older gentleman sitting on a type of wheeled walker with Eric Klepsch standing beside him holding a transmitter. I asked Eric’s dad, Chris, what’s happening?

Well, the gentleman’s man is John Amos and at 82 years of age, he wanted to learn to fly radio control models before he got too old!

Apparently, John does not drive anymore, lives in an apartment; so Eric picks him up with his Apprentice Trainer, then drives him to our field. A commitment well beyond most of our instructors expectations.

Eric has dedicated an enormous amount of time helping, training, and test flying a lot of our models. In fact, he rarely has time to fly his own models because of his willingness to help others. Chris said they have three models to test fly, but Eric becomes too busy helping other members. Eric said with the help of Chris and son Hugo, he has trained close to twenty members in our club. He currently has two students. Eric is no stranger to instructing. He has been an instructor in several clubs from Vancouver’s big RCFCBC Club to clubs in Brampton, Campbellville and Oakville.

In Eric’s words——-“it’s always very satisfying to help others experience the joy of R/C modelling. I’m giving back as aviation began for me with models, leading all the way to a top Captain with Air Canada. Models teach aerodynamics better than books. I can’t say which type of flying I enjoy better.”

So I thank Eric and Chris for the help they have given me and other club members. 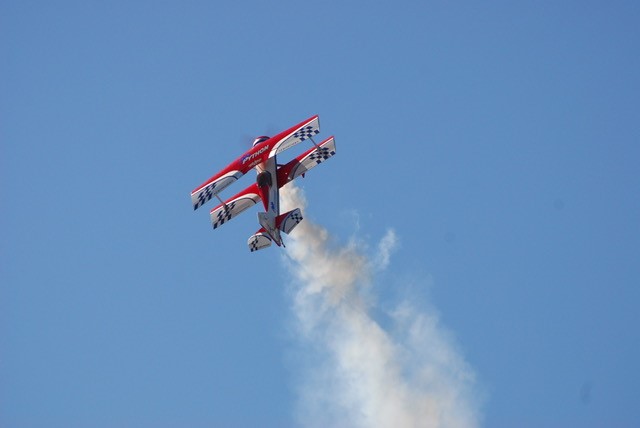 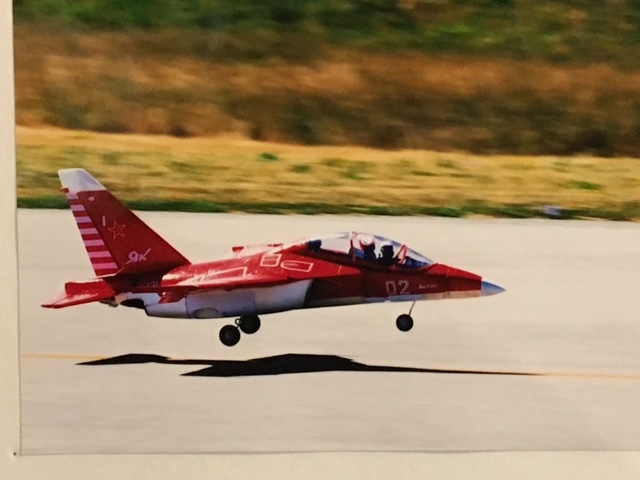 Brand new – unbuilt – just the main box opened for a few pictures. Factory plastic sacks still sealed. Completely original; only the parts in the pics have been handled.

When I ordered the kit I also ordered a pricey handful of rebuild parts…believing that it was inevitable that the machine would be landed ‘energetically’ at some point, and I’d need to be ready to administer emergency first aid without a 20-day wait for stuff. Sadly, I never got a chance to build the heli…so that big bundle of ‘likely-to-be-needed’ parts remains as it was when new. But once the heli itself is gone I will have no use for the BNSIOP parts–most of which are F3C-specific–therefore with a little negotiation and a little additional cash they can & should go with the heli. So…please try an offer.

The pricey parts (aside from the BNIOB canopy) are collected in the later pics – the one that shows about 26 items. The balance are listed below:

HN7047T Tail Booms $25 for sealed 2-packs, $8/ea. for singles. * The sealed twin-packs include the thin steel “bicycle spoke” rudder linkage rod + the guide rings…the rest are singles. All are new * 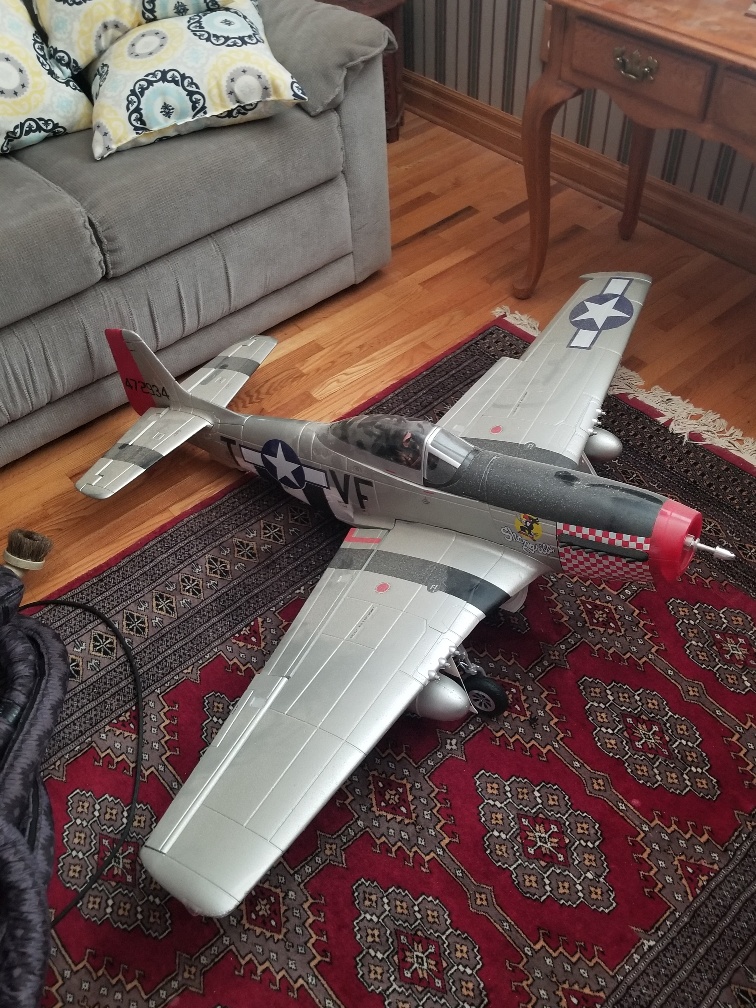 We have been asked if someone from our club could assist with the valuation and sale of RC equipment in Burlington (Appleby & Fairview). Here are some pictures, and if you could help in any way, please contact me directly. Thanks! 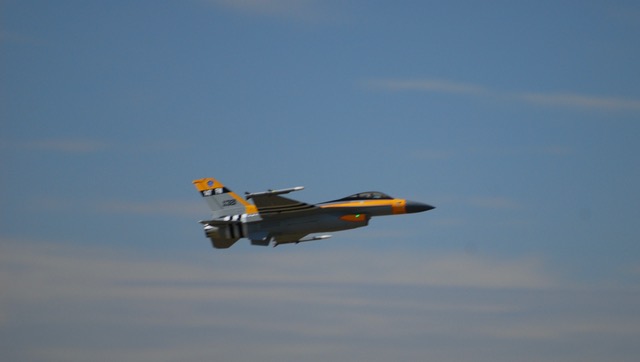 Top Gun 2022 was held on Saturday, July 16, a glorious summer day with little wind. Figuring out how many people attended is tricky, as it’s a moving target but on a few occasions we counted over 40. And we began the barbeque with 72 wieners and buns and were left with two. Very few people had more than one, so we likely had close to 70 people. Ages ranged from several toddlers to a few octogenarians.

Ian Brown called things to order about 9:00 , and then flying began with running commentary, as well as slightly dubious music, from John Ham. Flying was continuous, and at times we had half a dozen planes on the taxiway lined up for takeoff. Started to look like Pearson on a very bad day. Around noon, we got a bit more formal and put together a static display for all to see.

Then came prizes. The kids were  given foam gliders, Tim Horton cards, and other treats. The award for best flight was unanimous, going to Daniel from the Mississauga club, who flew an EDF slightly larger than a paper dart at speeds that were estimated as greater than 200 km./hr.  Static winner was more contentious, with Pete Foto’s Viper and Cary Adams’ B-2 bomber as finalists. Cary won a beautiful static trophy of a Top Gun F18.

John Ham’s incredible photos are attached to this article. Huge thanks to Ian Brown and the other volunteers who made this a great fun fly day

The club is saddened to announce the passing of life time club member Richard Fahey. Dick was one of the 4 foundering members of Brcm. Charlie Chomos wrote.. A prolific member of Brcm.. Richard Fahey.. in passing

Born April 16/1927 ..June 23/2022.. He was born one month before Lindbergh historic trans Atlantic flight..May he rest in peace…. Dick was also a Maac Lifetime Achievement Award member from 2012. 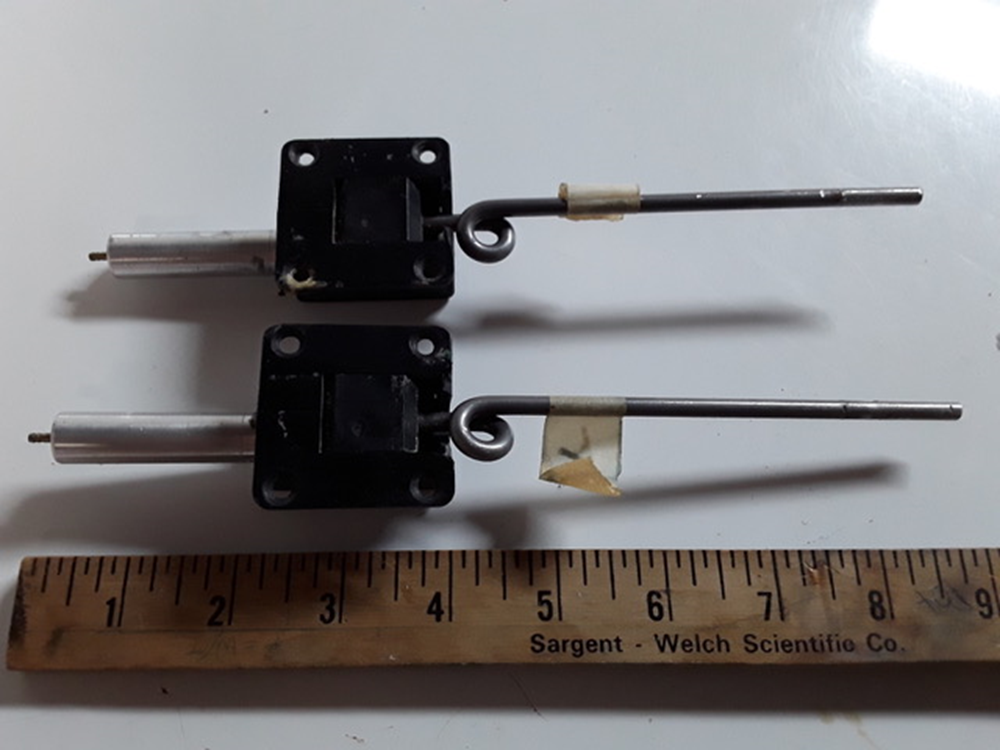 For sale Robart pneumatic retracts, don’t have a model number for them. Gear wire is 3/16.